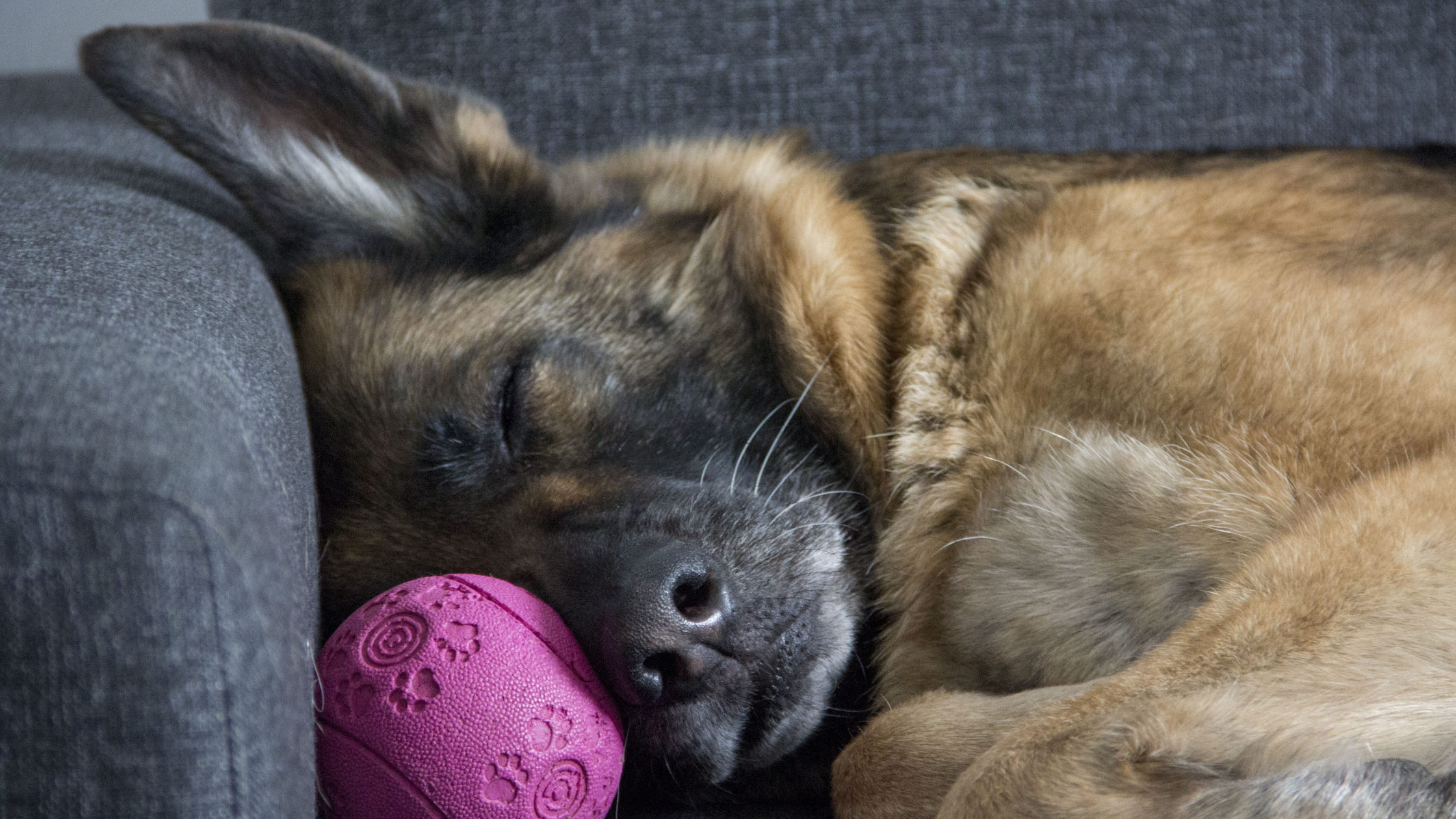 The ever-loyal German shepherd consistently ranks at the top of the most popular dog breeds in America, and it’s easy to see why. With their calm, confident demeanor, these protective pups are eager to please and quick to learn.

Confident, courageous, intelligent, and gentle—it’s no wonder German shepherds are considered the third most popular dog breed in America. These large dogs are steadfastly loyal and protective of their humans but approach strangers with caution. Originally bred with a strong work ethic, German shepherds have a long history as working dogs who’ve assisted police and militaries across the world. But the average owner doesn’t need to be on the front lines to keep a German shepherd happy. Their calm demeanor makes these dogs great companions for active owners who intend to spend hours at the dog park or afternoons on the trail together.

The German shepherd’s guarding tendencies make them natural watchdogs who will protect their territory and alert their owners to intruders. | Credit: Legolin / Getty

German shepherds may be one of the most famous and recognizable breeds in history. The German shepherd originates from—you guessed it—Germany in the late 1800s. According to the GSDCA, German cavalry officer Capt. Max von Stephanitz found a powerful “wolflike dog” at a dog show that exhibited excellent herding skills and required “no training other than direction.” He bred him with the intention of creating a perfect working dog, and his result was the direct ancestor of today’s modern German shepherd. Though the German shepherd’s ancestors were herding dogs, von Stephanitz switched from breeding herding dogs and instead focused on curating a breed for military and police forces. To this day, German shepherds are favored K-9 officers for police and military forces around the world. Many German shepherds served in both world wars as messengers, search and rescue dogs, supply carriers, and sentries.

According to the GSDCA, German shepherds first came to the U.S. in the early 1900s. Their popularity boomed after World War I, when returning soldiers brought them stateside. In 1917, due to the stigmatization of all things German, the AKC officially changed the breed’s name to shepherd dog (similarly, in England, the breed was renamed Alsatian Wolf Dog). It wasn’t until 1931 that the AKC reverted to the original breed name. After World War II, a schism formed between American-bred and German-bred German shepherds. It seemed Americans were more interested in appearances and preferred to highlight attributes that would win in the ring rather than serve on the field, most notably the dog’s iconic sloped back.

Regardless of pedigree, the intelligent, determined German shepherd loves having a job to complete, and its gentle nature and protective demeanor make it a top pick as a household pet. Though she never had an official guide dog, teacher and author Helen Keller had a love of animals and had several canine companions over the years, including her German shepherd Et Tu, shown here with her in her home’s garden in the 1950s. A newspaper article about Keller in 1955 reports that Et Tu flunked out of guide dog training due to a tendency to get car sick! | Credit: Bradley Smith/CORBIS/Corbis/Getty Credit: German shepherd Rumor (GCH CH Lockenhaus’ Rumor Has It V Kenlyn), winner of ‘Best in Show’ at the Westminster Kennel Club 141st Annual Dog Show, poses for a photo at One World Observatory on February 15, 2017 in New York City. It’s only the second time a German shepherd has won top honors at Westminster. The German Shepherd CH Covy-Tucker Hill’s Manhattan—or Hatter—was the winner in 1987.