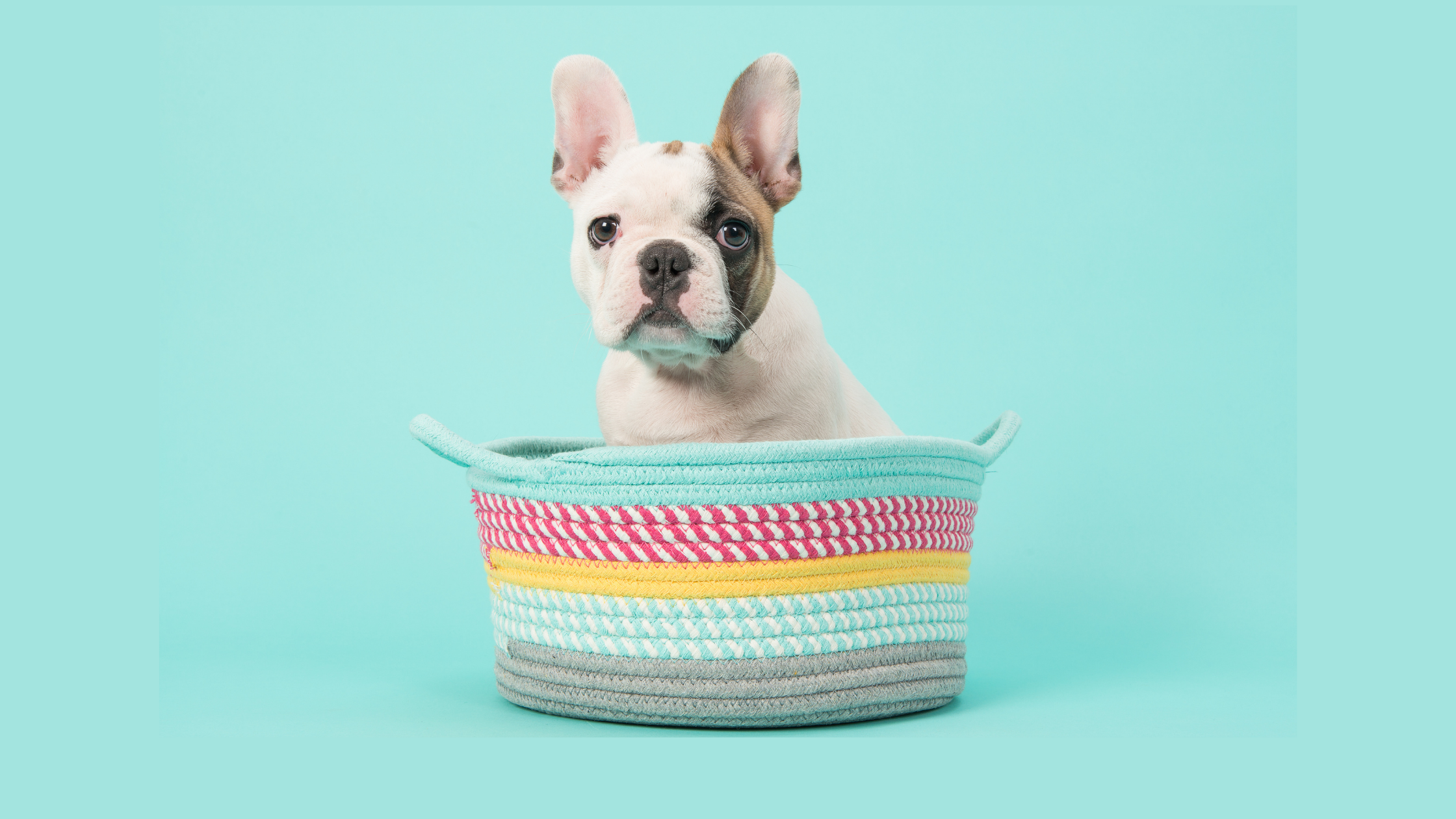 If your idea of the perfect pet is a pint-sized comedian with a special gift for napping, meet the French bulldog. These charming pups love to play just as much as they love to snuggle up on their owner’s lap to take a snooze. They won’t get taller than 13 inches at the shoulder, making them a great option for city dwellers. It doesn’t take much space to keep a Frenchie happy. This breed has an easygoing personality and they make wonderful companions for families, children, or seniors. They’re easy to groom and easy to please, and they thrive on human contact. Contrary to their name, the French bulldog’s story doesn’t begin in France—it originates in England. In Nottingham, lace makers kept toy-size bulldogs to chase away rats in their small working quarters. During the height of the Industrial Revolution in the 1800s, lace workers were replaced by machines, so many were forced to relocate to France, where lace was still made by hand. The French fell in love with the smaller bulldog that came along with the workers, and after decades of crossbreeding, the breed developed their iconic bat ears and the French bulldog was born. Parisians took a great liking to the breed, and soon every artist, actor, and celebrity in the city wanted one. Americans visiting overseas loved the miniature version of the bulldog, and it wasn’t long before Frenchies took off in the U.S. as well.

In the early days of the breed, there were two types of ears on Frenchies: the bat style popular with Americans and the rose ear commonly seen on their kin the bulldog. This ear difference was the source of great controversy amongst breed aficionados. Americans insisted that true Frenchies had to have the bat ears we know the breed for today; British and French breed lovers disagreed. Things came to a head at the 1897 Westminster Kennel Club Dog Show in February when rose-ear Frenchies were given top scores by non-American judges. A group of prominent French bulldog fans founded the French Bulldog Club of America in April 1897 to establish and document the breed standard and demanded the bat ear become the breed standard. They eventually won.