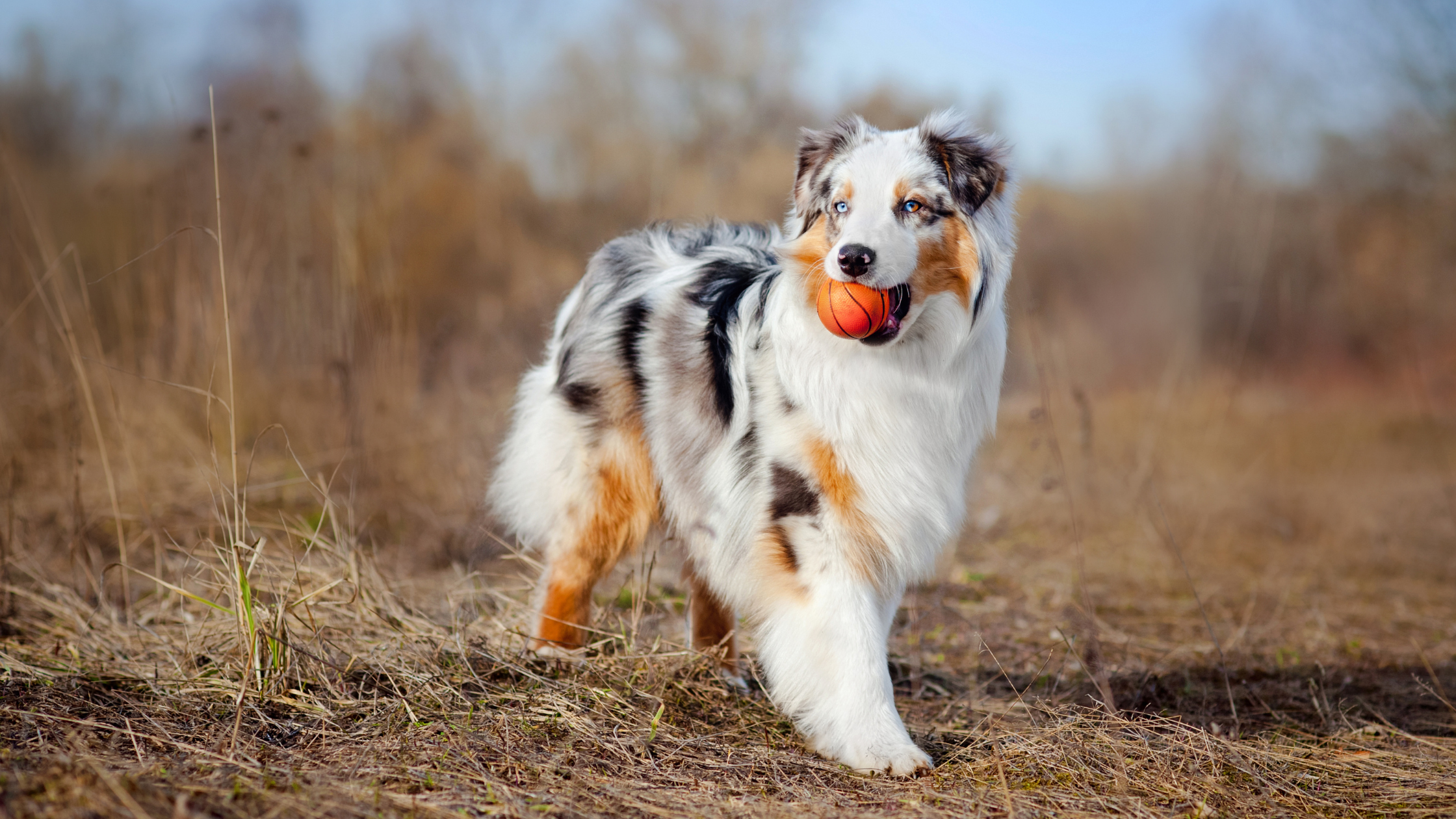 Contrary to the name, Australian shepherds—affectionately called Aussies—were bred as herding and working dogs on the American Frontier. Since their introduction in the 1800s, the active, playful, and unfailingly loyal Aussie has become one of the country’s most popular dog breeds. Their high intelligence and eager-to-please nature means they’re quick learners, which is a great attribute for training, but also means they can be a bit of a handful for novice owners.

With a high prey drive and strong herding instinct, Aussies need an experienced owner who knows how to properly channel their energy through consistent training and exercise. These nonstop pups are happiest when they’re occupied, whether through working the land, wrangling livestock, or running the trails with their owner. Despite their ability to enjoy the outdoors for hours on end, Aussies have minimal grooming needs. If you’re looking for an active companion who’d love nothing more than to be by your side all day, the Australian shepherd might be the right dog for you. In a funny twist of fate, the Australian shepherd’s origin may not really involve much of Australia at all. In fact, the American Kennel Club says the Aussies we know today are actually descendants of herding dogs from Basque sheepherders from the Pyrenees mountains of Europe who immigrated to America for work in the mid-19th century. These shepherds brought their “little blue dogs” with them to work the land in Western states like Wyoming and Colorado, where ranchers fell in love with the sturdy hard-working breed. While a few Basque sheepherders (and their dogs) may have come to the American West through Australia, some historians have noted that the naming of the breed “Australian” is a quite a stretch, since the dogs are not registered in Australia as a native breed and there is no substantial history of the dogs outside the Basque sheepherders who came to work in the American West.

Once they’d arrived in the U.S., Australian shepherds quickly became a staple of cowboy culture in the American West, becoming Hollywood regulars with notable appearances in classic Westerns like Run, Appaloosa, Run and the more modern Disney film Stub: The Greatest Cowdog in the West. They’ve taken center-stage in the rodeo culture, too.

Check out this video of famed animal trainer and rodeo performer Jay Sisler and his incredible pups Shorty, Stubby, and Queenie. Today, many Aussies still work on ranches and farms, happily herding cattle and protecting sheep.